The Town of Light to Hit Xbox One 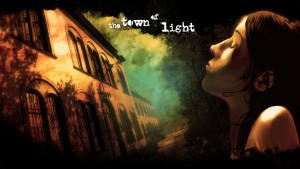 The psychological thriller game The Town of Light will be released on Xbox One after its release on PC next week. There is no release date set in stone, but apparently it will arrive later this year.

Developed by LKA, the game blends reality with fantasy as a young girl called Renee is committed to Volterra Psychiatric Asylum with schizophrenia. Set in 1938, the game is based on real facts and research that dates back to the 1900s. The asylum itself is a virtual recreation of a real asylum and the game will allow you to fully explore the facility. The story’s grounding in reality should ensure that gamers get an original experience that differs from similar games like Outlast.

You can have a look at the atmospheric trailer below, which details the extensive research that was undertaken to ensure the gameplay is as rich and authentic as possible. Hoping to show that reality can be just as scary as fantasy and the ghosts that typically dwell in mental institutions, The Town of Light looks like a unique spin on the horror of mental illness.