Isn’t it great when you’re watching a movie that thrills and scares you at the same time?

Unlike typical horror movies where basically everything is so predictable, let’s be honest. And not to mention, funny, at times. It’s true! In such cases, the movie is no longer horrifying, but the experience sure is.

More than 80 percent of people accept that when a horror movie is predictable, it spoils all the fun. It is the horrifying truth.

Understanding the Horror Genre
It is not easy to engage the audience and create fear at the same time. Sometimes, filmmakers focus on both the parts but end up with the same plot again and again. However, the audience loves a good scare. There have been some terrifying horror movies too which are absolute crowd favourites. The plot, the twists and turns, and what not! They could scare even the bravest hearts. 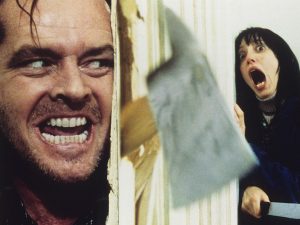 Best Horror Movies
Before we take a look at the top horror movie sequels, here are some of the most exciting horror movies that have ever been made.
* The Shining
* The Conjuring
* Psycho
* A Nightmare on Elm Street

What Makes a Successful Horror Movie Sequel?
Most horror fans will agree that when a sequel of a horror movie is made, it loses its touch. The actual movie that they first saw was way more terrifying. But the sequel? Not so much.

But contrary to popular belief, there have been some sequels which were just as frightening as the first part. Sometimes the sequels are even better!

Not all sequels go off topic or bore the audiences. Some of them are genuinely terrifying and thrilling. These movies make you scream in fear and give you goosebumps. Sounds great, right?

6 Terrifying Horror Movie Sequels
Interestingly, many of the top horror movies have had an equally good sequel. Here is a look at the six you need to watch, if you haven’t already!
* Dawn of the Dead
* Evil Dead II
* Saw II
* A Nightmare on Elm Street III: Dream Warriors
* The Conjuring 2
* The Texas Chainsaw Massacre 2

These are successors of equally terrifying horror movies. Other than these there are many more thrilling movies like Psycho II, Paranormal Activity II, and many more.

Not All are Bad
Not all horror movie sequels turn out to be predictive and boring. Most people who love the first part of a movie often ignore its sequel as they have been disappointed by sequels previously. However, there are sequels that can scare the life out of someone, and that is no joke. People have died in movie theatres because some of these movies were so terrifying!

Horror movies are not for the faint-hearted. There have been some extremely scary horror movie sequels which have all the twists and turns that are appealing. Now that you know some of the top horror movie remakes in Hollywood, go ahead and find out whether they’re scary or not!