The Strangers 2 Sets a Release Date

Way back in January it was reported that the sequel to The Strangers was finally moving forward, but everything has been a bit quiet since this was announced. However, the film has finally set a release date according to Relativity Media: 2nd December 2016. So, in a year from now we should be due another visit from the scary slasher trio from 2008. 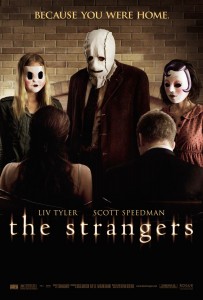 Synopsis:
Strangers 2 is a thrilling sequel that lives up to the hype of the original film. After financial troubles force them to move out of their house, a family of four try to make it through the night in a deserted trailer park. All the while being hunted by the savage, axe-wielding, mask-wearing trio wreaking havoc once again.

It was originally announced that Marcel Langenegger would be directing with a screenplay by Ben Ketai. However, it’s best to take this with a pinch of salt now as Relativity Media is going through a bit of a re-shuffle since it filed for bankruptcy in July.

Keep your eyes open for more about The Strangers 2.