The Stand Adaptation on hold for now 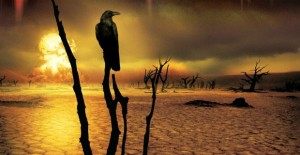 It seems the long-promised adaptation of Stephen King’s epic The Stand has been put on the back-burner for a while. Attached director Josh Boone (The Fault in Our Stars) is sticking with King however, and moving forward with an adaptation of the author’s 2014 novel Revival. Boone – who is also attached to direct X-Men: The New Mutants for Fox – has reportedly completed the script with an eye to fast-track the project, which has Michael De Luca on-board as producer.

King’s story “follows a preacher who loses his faith when his wife and child are killed in an accident. He soon becomes obsessed in his experimentation into the healing power of electrical current, positioning him to act as God-like faith healer. Intertwined with the preacher is a young man with demons of his own, who has benefited from the preacher’s talents and becomes a reluctant accomplice to his deadly obsession.”

While it looks certain that we’ll see Revival first, Boone is still attached to direct The Stand for CBS films. Last year, Showtime was in talks to bring The Stand to the screen as an 8-part miniseries, although it has since been reported that a 3-hour film is more likely. As with the proposed It adaptation, a miniseries would seem the more appropriate route, given the length and scale of both novels. Matthew McConaughey had been touted to play embodiment of evil Randall Flagg, but is now rumoured to be attached to the adaptation of King’s The Dark Tower series, which also features the shape-shifting antagonist.

The Stand was made into a miniseries in 1994, starring Gary Sinise, Molly Ringwald and Rob Lowe but, while not without its merits, was far from what the book deserved. Again as with It, it seems we’ll be waiting a while longer for a suitably epic realisation.