The Simpsons will air its 666th episode on October 20th, and fittingly, it’s the next entry in the Treehouse of Horror series! 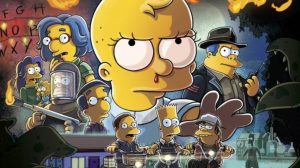 This will be the 30th “Treehouse of Horror” episode the long-running comedy series has aired.