The Scariest Movies To Watch On Netflix

It’s that time again for binge-watching TV like there’s no tomorrow. Horror-holics can’t wait for the showdown to begin because “they-just-never-have-enough” of the frights and adrenaline rush. This time Netflix chose to serve you these super-scary movies on a silver platter, and all you need is a couch, and popcorn. If you think you’re going to get scary movies like these anywhere else but Netflix, you must be joking!

What’s better than a horror classic on a Halloween night?

Not meaning to be rude, but if you get seizures, find something else on a different genre, comedy might just be right. Or just play games on the new migrogaming slot; that works too!

The Top 5 Scary Movies You Cannot Miss Out On 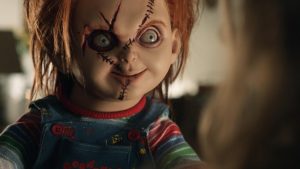 The evilest, ugly doll is causing chaos again. I’m never letting my daughter get a doll! You never know, could be chucky in there!. Of course, there’s the usual human butchering just to get revenge.

Chucky is out playing death wish with people that upset him in the past, and they are in for some real punishment. This sinister character can really put you on edge. The film doesn’t overshadow it’s child play predecessors in any way but it’s still a good movie.

And while you’re in the kitchen, don’t forget his weapon of choice is the knife. 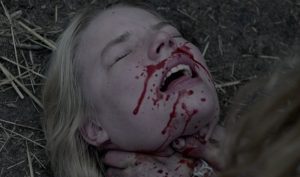 Set in the 1630’s New England, the witch is an unnerving supernatural horror centred around a Christian English family living alone on the outskirts of town; this movie will scare the wits out of you. The movie will have you sleeping with the lights on and peeking under your bed in case a hideous, naked old lady shows up and feeds you frogs.

This movie will do things to you you’ll never forget!. Don’t be surprised when you wake up in a shrink’s office. 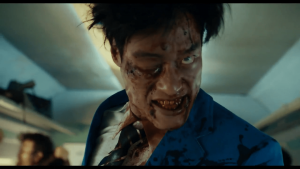 Train to Busan sees a man get caught up in the middle of a pandemic zombie outbreak while trapped in a speeding train with his daughter. Things get really eerie in there, there’s hardly any way out, but he has to protect his daughter at all costs. With flesh eaters, it’s eating or get eaten!. They’ll have to fight their way out of the hopeless situation and make it to their destination. But the zombies are not usual shufflers; they are fast and more agile. 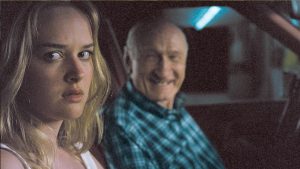 4. Teeth
Teeth is a hilarious comedy horror about a young lady who grows teeth in her vagina and they will protect her against anything that pokes in there uninvited. This movie will not just make you scared; it’ll make you laugh as hard too. So, it’s a must watch, should’ve put it at the top of the list.

Sorry Wiz Khalifa fans, this movie has nothing to do with smoking weed at all. A group of college students go out to a cabin deep in the woods to relax and have some fun, as young people usually do, but things go down south when there’s an epidemic outbreak of a flesh-eating virus. Their willpower gets  severely tested as going back home seems more and more like a pipe dream. Anything that lives and moves gets infected with the virus, there are no exceptions and the battle for survival is tough.