THE RICKETY MAN: Inside The Folk Horror That Has Festivals Raving 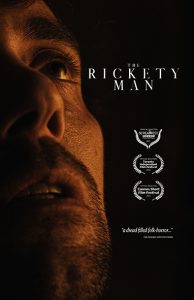 Cameron Gallagher and Zack Porlier were looking for a horror script unlike anything they had produced before, when THE RICKETY MAN popped on their radar. Screenwriter Jeremiah Lewis had entered the script in the “Killer Shorts” contest, and the script instantly stood out. The short filmed on location at historic “The Mansion Inn” in Saratoga Springs, New York – and had its world premiere at the famed Cannes Film Festival in France, where it already earned buzz about the possibility of a franchise.

In our Q&A for SCREAM Magazine, I got an exclusive peek at THE RICKETY MAN, and what it has been like for the filmmakers to receive such a positive reaction.

SCREAM: What about this script felt different?

ZACK: When Cameron approached me about what I thought of adapting the short film, I was immediately intrigued by the world Jeremiah had built. It felt much bigger than a short, and a world he had not only expanded on, but something that could open up options down the line.

CAMERON: I’ve always looked at horror as a drama that happens to have horrific imagery … After reading THE RICKETY MAN, it was apparent that Jeremiah was in tune with creating a dramatic film. It had a central tone and theme, and when a horror film can manifest its deepest emotions on screen, it succeeds. On top of that, it was a folk horror, so the lore itself hinted at something larger. We had worked on projects under our company Blackmountain Visuals, but this was the first time branching out to make something that wasn’t our own material.

SCREAM: Where did the concept for THE RICKETY MAN originate?

JEREMIAH: It was a one word prompt; the word was ‘Raven’. In my head, I had an image of a bird that had been hollowed out and its insides stuffed with grass. It was such an interesting visual, and I knew that I could centre the story around this mystery: who, or what, is doing this to the birds. For me, the visual needs to mean something … that idea eventually evolved into a more thematic motif.

SCREAM: Children are seen as inherently innocent. This film has a disturbing way of peeling back that layer, and becoming something altogether monstrous. What choices did you make to strike that intensity?

JEREMIAH: From a writing perspective, I wanted the children to be diametrically opposed to each other… Mathilda (Ava Torres) is wild and haughty, and a bit devilishly inclined, but James (Wyatt Cary) is muted and numbed by the experience … That contrast adds to the disunity; the sense of something out of balance.

ZACK: My job on set was to oversee production – making sure we kept tone, continuity, and all of the nitty gritty in line while everyone was doing their part. I love diving into the smaller parts of filmmaking, and keeping things streamlined, so everyone can do their job and make a great film.

CAMERON: As Director, one of the things I kept in mind was point of view. We’re seeing this from the eyes of the father – so for me, it was keeping his character grounded in a way that let the audience experience fear along with him. The script teased the idea that Edward (Russell Shealy) was somewhat of a distant father, so him having to relate to his children while also having to figure out what is going on, creates an interesting dynamic.

SCREAM: It can be difficult to film horror with a child actor at the centre. This time, there was the added factor of a pandemic. How did you tackle casting?

CAMERON: It was a challenge – thankfully we were able to do most of the casting process virtually. Where it got difficult was the physical aspect… the movement, expressions, blocking. We had to rely on our gut instinct in knowing we picked the right actors, who would be able to pull off all the physical parts of the scenes. 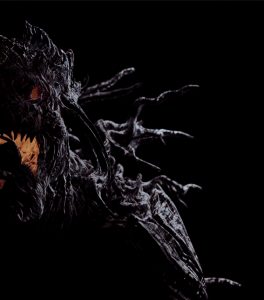 SCREAM: What was your initial reaction seeing the film for the first time?

JEREMIAH: One learns to be cautious in putting expectations into something as tenuous and fragile as a movie. So when I watched the rough cut and found myself gripping my seat with an elevated heart rate, I knew we had something special. I felt lucky. The three of us synced so well on the vision for the film.

SCREAM: The short at Cannes had an open ending – does that mean the feature film is in the near future?

CAMERON: Absolutely. Jeremiah finished writing the feature, which I can tell you, is incredible. We’ve already been approached by a few people interested in the future of THE RICKETY MAN.

ZACK: There’s such a figure for this property. The timeless lore of THE RICKETY MAN has me excited for what could be. As a producer, I’m always looking at how we can best use the IP to branch out, but also keep a central voice. We’ve been asked what else is in store, and we’re just excited to keep moving.

JEREMIAH: … We’ve been developing the world and tweaking the feature to connect with audiences in a visceral manner. It expands on the lore of the ‘Rickety Man’ and introduces a character only hinted at in the short. It’s nice to say that we’ve had conversations with interested parties about THE RICKETY MAN as a potential franchise IP. The ‘Rickety Man’ is not bound to any particular time period – what we have explored in development of the mythology is that this is a primal entity that has existed a long time, perhaps as long as human civilisation itself. For any given place, you may find him lurking. What this means for other stories and film possibilities, we can only hint at, but I do not think this is the last we’ll hear or see of ‘The Rickety Man’. 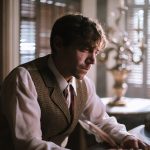 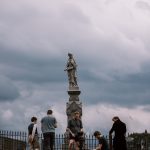 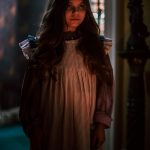 **For film critics and horror fans interested in the opportunity to see THE RICKETY MAN, the short will be having its United States premiere as an official selection of Screamfest Los Angeles (the festival that discovered PARANORMAL ACTIVITY) as well as a Canadian debut at the iconic Toronto Independent Film Festival.