THE REDEEMER SPEAKS! An interview with T.G. FINKBINDER 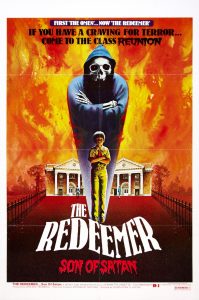 Before Freddy, before Jason and Pennywise the Clown, there was The Redeemer, a double-thumbed shape-shifting prankster as handy with a blowtorch as he was with a shotgun and a scimitar. To mark the 40th anniversary of THE REDEEMER: SON OF SATAN (aka CLASS REUNION MASSACRE), we tracked down the Redeemer himself – actor T.G. Finkbinder – for a little class reunion of our own.

SCREAM: You made THE REDEEMER after your graduation from college. What acting experience did you have at that time?

T.G. FINKBINDER: I did. I got my Master’s in Drama at the University of Maryland.  I appeared in several productions there and made my professional debut at the Baltimore Theatre Project as Hamm in ENDGAME. It was an adjunct to my Masters dissertation.

SCREAM: I love the different personas that you created for The Redeemer. How did you go about creating his characters and personalities and his costumes?

TGF: The personas were pretty much my own invention as were the voices.  Even as a kid I was fascinated with accents and creating voice characters. We did things on the fly, had absolutely no rehearsal or direction and were expected to get it right on the first take and then move on. Eighty-five per cent of the footage is the result of first takes. I’m not sure who did the costumes – I think it was a Tromberg Joint Family Effort – mostly the wife – Jesse – but I thought they were well done for such an austere budget. Beyond that, actors provided their own wardrobes if nothing out of the ordinary was required. The white gloves were a nice touch, weren’t they?

SCREAM: Any real or fictional characters that you based him on?

TGF: I would be lying if I said I did.  But there was a Rod Steiger movie – NO WAY TO TREAT A LADY – that was sort of inspirational. I believe he assumed multiple identities. Early years on-stage in low budget productions, I often played multiple characters and rather enjoyed it.

SCREAM: How much was scripted and how much improvised?

TGF: We pretty much stuck to the script.  Only slight improvisation. One scene I improvised is on the cutting room floor.  The director was appalled by my ad-libs!

SCREAM: What do you remember about the way the blocking of actors and camera was worked out on location?

TGF: [The cinematographer] John Beymer is talented.  The long takes were probably due to lack of a desire to edit once the film was shot.  The scenes were set up the day before, the lights adjusted that day, and the cameras rolled.  Not much prep.  I guess when you think about it, slightly remarkable.

SCREAM: Your puppet-master character mentions ‘Yoknapatawpha’. What is that?

TGF: Well, it’s a fictional county created by William Faulkner, and I think, used in multiple novels.  It has absolutely nothing to do with the film.  I think the screenwriter just liked the way it sounded!

SCREAM: What can you tell us about the ways the various murder scenes were achieved on set?

TGF: Nikki Barthen—blasted in the chest with a shot gun. We had a lot of fun that day (laughs).  I still remember her green-striped dress.  They had to teach me how to shoot both a pistol and a rifle, but I think I did well enough for someone who pretty much hates guns. Nikki remained a friend for several years after. She was sort of a society dame. Michael Hollingsworth—I think Michael’s death is the most visually effective.  A scimitar is dropped from above in the semi-darkness of an abandoned theatre and basically cleaves his skull.  The editing, the not too obvious fake head, and the shudder of Michael’s body work to optimal optical effect. The Jock with the Big Appetite—a nice guy whose name I do not recall.  He didn’t stay on set too long because he was one of the first to get bumped off.  He got torched by a giant-headed clown killer in a football jersey.  His final fiery flee was performed by a stunt man in an asbestos suit.  Fortunately, that too, was a first take. The Lawyer—his movie name was Nick Carter – yes, he knew the origin – his real name was Jerry Something – another nice guy. That was fun too because they had to put a fake hairpiece on the back of his head and a bloodpack.  When the device was triggered by remote control, it appeared that the back of his head blew off from a gunshot.  That took some planning and prepping, as did our fisticuffs, which look pretty basic, but we still had to work it out. The Cold-hearted Sappho – Kirsten was the character. Gyr Patterson was the thespian.  She dies by Puppet Command and good lighting effects.  A trained dancer was outfitted in giant puppet clown drag and did the dance of death per my Puppet Meister instructions. As a side note, even back then I thought it was pretty ridiculous that Kirsten’s rather tame Lavender Love Liplock was a major reason for us getting an “R” rating.  Well that, and the excessive violence (laughs). Jeannetta—the shower and sink scene were a blast mostly because Jeannetta was so easy to work with.  We did rehearse that scene several times because it was complicated.  I guess objectively, it is disturbing, but from our technical perspective it was just plain fun to achieve the nuances correctly.  She holds her breath well and doesn’t blink when she’s supposed to be dead.  Also – a good screamer! 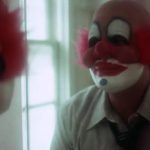 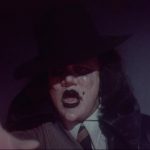 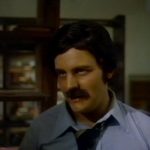 SCREAM: My understanding is that THE REDEEMER started out as fairly straightforward murder/slasher and that the religious stuff was added later. How did the supernatural elements of the story come about?

TGF: Sheldon Tromberg, a great name for a producer, insisted on the DOUBLE THUMB motif.  Something biblical regarding the cursed Mark of Cain.  I think he told me he had this vision in his rose garden.  Turning the kid into a devil kid was partly an afterthought because the distributors didn’t think the movie made much sense.  So we went back to shoot a couple more scenes, one of which included me in my priest’s cell growing an extra thumb, and the other involved Poor Christopher Flint emerging from the depths of the quarry.  It was freezing.  His lips were literally blue. Poor laddie. What a trooper!

SCREAM: What did you think of the finished film when you first saw it?

TGF: I was disconnected from what actually happened while filming and what I saw on the screen. I watched abstractedly and dispassionately. I had no delusions that I was watching grand cinema (laughs). The theatre was virtually empty – the old Mayfair in Baltimore – so audience reaction was minimal. I also watched it early-on at a drive in, so again, it was hard to gauge audience reaction. I did not expect to be carried out triumphantly on the shoulders of rabid fans! Every year since the film became available on tape/DVD/etc., I hear from two or three admirers. I am frankly fascinated by their loyalty and their appreciation and frankly moved.

SCREAM: What’s your take on what some viewers have called a puritanical morality in the film? Do you see THE REDEEMER as pro- or anti-religion? Or is it just too confused to know?

TGF: The killer’s a priest. Of course he’s going to be puritanically moral. It’s a horror film, and it’s far from being politic. Who is going to kill a glutton, an avaricious lawyer, a cold fish, an effete, and a floozie?  Well plenty of people, come to think about it, but it’s not worth the time-expended to criticise an effort designed to make money, or at the very least, to be a tax write-off.  Yes, it IS too confused to know – part of its failure and part of its charm.

SCREAM: Have you kept in touch with any of the cast or crew members?

TGF: Although I kept in contact with several cast members for a number of years, those days are long gone. Nothing to be sad about although I would like to hear from Nikki, Michael, Eric Pederson, and Jeanetta. I went to graduate school with John Hertzler who played Jeannette’s ‘date’ in a bar scene.  His career is observable on IMDB; I would like to hear from him too.  I got along well with everyone, and I hope that experience was mutual.

SCREAM: Can you tell us about your favourite roles that you have played on stage since THE REDEEMER?

TGF: Lots of Washington DC stagework at all the area theatres: some now defunct, some still extant. Favourite roles: J. Edgar Hoover in SPLENDID REBELS, Joshua Hardy in AMERICAN POLAR, THE PEKING OPERA  – a Chinese Queen – HARRY, NOON AND NIGHT, WAITING FOR LEFTY – the play was expanded and I played a Marathon Dance Emcee – I wrote my own part – so it was juicy, THE ARTIFICIAL JUNGLE, Zontar in THE MAN FROM PLANET 52 – there are many. 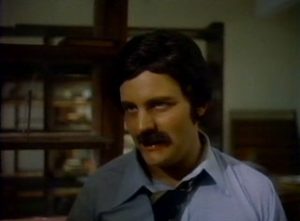 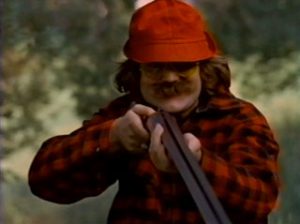 SCREAM: What’s your view on claims that THE REDEEMER is a proto-slasher and has even influenced films like IT?

TGF: Well, that’s vaguely flattering, but I think it was more ‘the times’.  I don’t think those other films paid conscious homage to THE REDEEMER – they probably weren’t even aware of it, but it’s a nice thought.

SCREAM: Can you give us your thoughts on the horror genre and how it has developed since THE REDEEMER?

TGF: I love horror films – but more the psychological variety than the slice ‘n’ dice.  I was especially impressed recently by GET OUT and A QUIET PLACE.  Digital effects have taken quantum leaps, but so too, sadly, has our collective bloodlust.

SCREAM: Thank you so much for talking to us.

TGF: Thanks, Jon. Nice to be asked to be heard from (laughs). Best wishes to you all!