The Rain Will Land on Netflix on May 4th 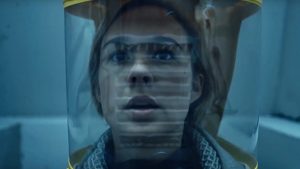 Netflix has released a teaser video to announce the release date for the upcoming post-apocalyptic series The Rain. The series is the first Netflix original Danish series and will land on the streaming service on Star Wars day: May 4th.

The Rain will consist of 8 episodes and follows a group of survivors trying to live in a world where only dry weather is safe. The first trailer looked brilliantly eerie, showcasing a world that is dark and dangerous. The new trailer shows brand new footage, touching on the idea that the events were unsurprising and weren’t supposed to happen to a place so filled with happiness.

All of The Rains’ 8 episodes will be released on 4th May, so there’ll be no waiting around to see what happens every week. Hooray!