The Poster for Occupation Teases a Battle and a Rebellion 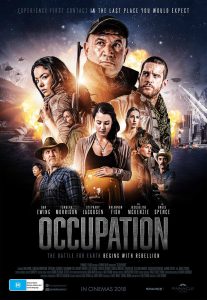 A brand new poster has been unveiled for the sci-fi feature Occupation, which follows a group of residents who must stick together to survive after an alien invasion. They soon realise that they must band together to create a rebellion, taking back what is rightfully theirs.