The Possession of Hannah Grace Heads Home Next Month

The Possession of Hannah Grace was not one of the best horror films of last year, but it’s definitely worth a watch. It certainly pales in comparison to the similar Autopsy of Jane Doe, but it offers a couple of neat scares that’ll have you jump at least once. 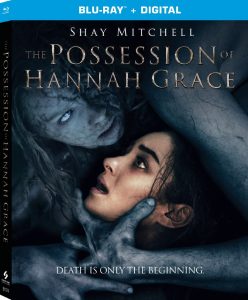 If you didn’t manage to catch the film in cinemas, then you’ll be please to know that you’ll be able to buy the film on Digital from 19th February and on DVD and Blu-Ray from 26th February. All the releases will feature a deleted scene and 2 featurettes, so if you’re keen to delve into the film even more, then you can do.

Synopsis:
When a cop who is just out of rehab takes the graveyard shift in a city hospital morgue, she faces a series of bizarre, violent events caused by an evil entity in one of the corpses.