The independent film production company, Rubicon Films, is no stranger to the folk horror genre, with both of their narrative feature films, Hex (2017) and The Droving (2020) being praised by top horror critic, Kim Newman (Empire, Sight and Sound), who said…“I was impressed with Hex, and I’m even more taken with The Droving… The fact that folk horror is at risk of being swallowed by cosy nostalgia is one of the more hideous ironies of current horror fan culture – and this gets away from that, into the dark, cold, chilling, primal nastiness that made the sub-genre connect in the first place.”

The films also featured alongside folk horror classics like The Wicker Man in Rob Young’s book The Magic Box: Viewing Britain Through the Rectangular Window, a catalogue and exploration of culturally defining British films and television, labelled; “A lucid and patriotic guided tour” by the New York Times.

Now, Rubicon’s Bulgarian writer-director George Popov delves into the documentary format, bringing cinematic style and an uncanny atmosphere to a trove of gothic ghost stories, folklore, mythology and reported paranormal encounters. The films also celebrate the locations and local history of regions across the UK. 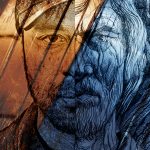 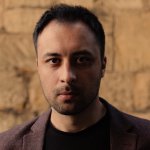 “When the line between fact and fiction is enshrouded in mist and shadow, beyond that threshold is a place that can change our perspective on everything we think we know. I call this place… the Sideworld.”

The first trilogy of Sideworld films is out now, including Sideworld: Haunted Forests of England and Sideworld: Terrors of the Sea, to which Popov narrates through a wide variety of topics including demon dogs, ghost ships, sea monsters, cryptids, and even UFOs.

The latest instalment Sideworld: Damnation Village unearths the dark and disturbing secrets behind three of England’s most haunted villages, Pluckley, Prestbury & Eyam. The documentaries are currently available on Amazon Prime Video, TubiTV and The Roku Channel. 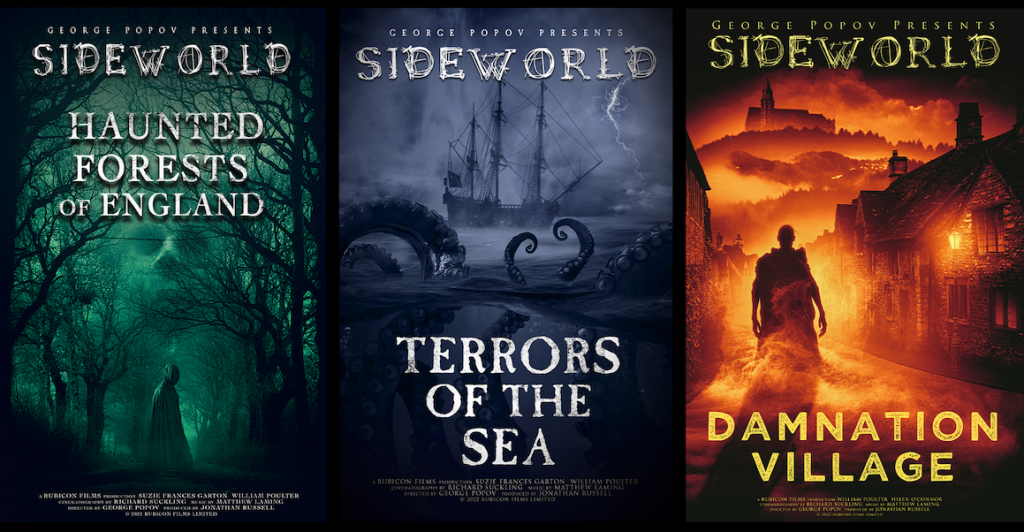 “The cinematography evokes a sense of being somewhere not quite of this earth.”
– The Folklore Podcast (Website)

“What best sets this series apart from other spooky folklore entertainment is its reverence for the subject – not just the scary stories, but the actual human lives behind them.”
– UK Film Review

“I can see this series becoming a cult favourite in and out of the paranormal community, one that people will return to for years to come.”
– The Strange Ways

With a positive response from critics and audiences, Rubicon Films is intent on growing Sideworld, with more documentaries planned for 2023 and exciting plans for expansion. CEO and writer-producer Jonathan Russell, lays down the company’s intentions saying…“Our mission is to continue to bring lesser-known paranormal encounters and forgotten folklore into the light with style and substance, stoking the fires of this wonderful genre.”