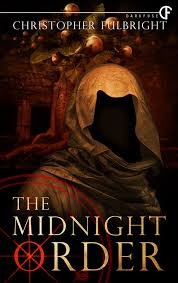 Out of the blue comes an old friend offering salvation in the form of the Midnight Order and a personal experience with a supernatural being sounds like a powerful medicine, a new life and she’s more than ready for it, desperate.

A ferry to Blackrock Island and nestled in a ravine, the gothic castle of The Midnight Order, redemption comes with a price and she’s not the only one battling the demons within.

Ok I’m with the story so far but unfortunately things went downhill from this point, when I say with the story I don’t mean in the sense of a complicated plot but more along the lines of believability and style. Things got clunky and leaden from the castle onwards, it felt awkward and I started to think how things could be described better, which is never a good sign reading a story.

Lines like ‘Its breath smelled like a thousand corpses’ and ‘A cracking sound came from her spine. She felt it deep within’ just didn’t feel right and a rapid recovery from someone being a slither away from unconsciousness. No I’m sorry to say I just didn’t gel with this story at all after initial high hopes from a really good cover and start.