THE MAKING OF ALIENS BOOK RELEASING 2020 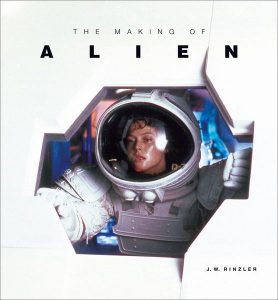 Titled, naturally, The Making of Aliens, the book will provide an in-depth look at how Janes Cameron and Gale Anne Hurd brought Ellen Ripley back to the big screen to kick even more Alien butt. Featuring photography, concept art, and interviews with the cast and crew, this hardback coffee table book will document the film’s rocky journey to becoming one of the highest-grossing blockbusters of the 80s.

The Making of Aliens will be released on April 21, 2020, unless the xenomorphs get to it first.