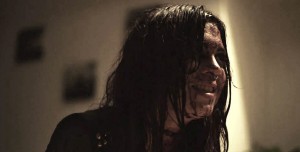 Yet another horror anthology is headed our way (I’m not complaining, mind), although it won’t reach screens for another year yet. Michael S. Rodriguez’s The Last American Horror Show consists of three short films by the director, all of which have previously been shown separately at various film festivals. 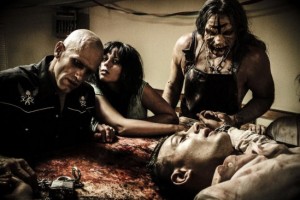 The third film, entitled Homewrecked, stars cult director Jim Van Babber, as recently reported by Scream. We now have some words from The Last American Horror Show’s press release for you, as well as a trailer, which you can see below.

From the press release:
SGL Entertainment is pleased to announce that they just acquired THE LAST AMERICAN HORROR SHOW, featuring three killer stories from film director Michael S. Rodriguez: Night of the Sea Monkey, Lamb Feed, and Homewrecked. This three-film anthology will be released on Blu-ray, DVD, and VOD in early 2017.

NIGHT OF THE SEA MONKEY: When a young boy’s mail order pet fails to hatch, it is washed down the sink, only to reprise weeks later. Now it’s mean, mutated, and thirsty for blood. Starring: Lynn Lowry, Joe Mannetti, Rob Edwards

LAMB FEED: When overconfident businessman Mitchell Barnes gets a blowout in a quaint sleepy town, all seems normal until he asks the community for a helping hand. What Mitchell gets instead is an invite to the darkest realm of his own fears… an invite to the Lamb Feed. Starring: Robert Allen Mukes, Tyler Gallant, Meghan Chadeayne

HOMEWRECKED: During a quaint dinner with Nora’s father, an urgent knock at the door interrupts an intense discussion between Rick and his father-in-law. A young woman in distress pleads to enter the couple’s home, insistent that her life is in danger. We come to find out it is a ploy for a violent home invasion robbery. As Rick is bound and taunted by three drug-addled maniacs, he is asked to make a decision… your loved one’s lives or what’s in the safe? The disturbing trail of events sends Rick over the edge, and his silent rage awakens a lost soldier… a soldier that was and remains a killing machine. Starring: John Wells, Dale Miller, Timothy Patrick Quill, Meghan Chadeayne.