The Hunt Begins in the Teaser Trailer for The Visitors 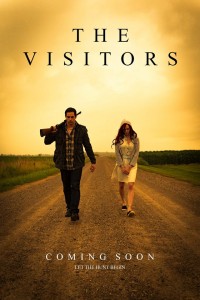 The Visitors is a creature feature where an unlikely alliance is forced when something is discovered lurking outside. The film comes from first-time director Jeremy Hull – who has a few short films to his name – and is currently undergoing an IndieGoGo campaign to help make the film the best it can possibly be. Micro-budget horror should always be supported and with The Visitors promising to be a cross between Evil Dead and The Thing, what’s not to get excited about?

Have a look at the tense teaser trailer below for quick snippet of what to expect from the film, including a flash of the monster.

Synopsis:
After settling into their new home in the country, the Cooper families night of peaceful relaxation is brought to an abrupt halt when two mysterious drifters come knocking on their door. As the drifters attempt to unleash a strategic plan of terror upon the unsuspecting family, their plan is soon foiled by a flesh eating creature fixated on only one thing; survival. In order for the family to survive the night they must entrust in the one person who once sought to harm them, but as the events of the evening begin to unravel it becomes clear that there is more to this situation than meets the eye and more than one monster lurking in the shadows.

The Visitors begins principal photography in August and should be released in 2016.