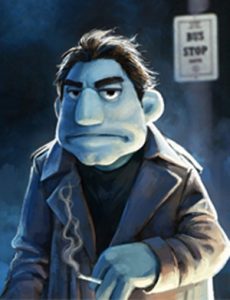 We’ve been waiting patiently for The Happytime Murders ever since seeing some great concept art around this time last year. The long-gestating project has had an August 17th, 2018 release date set for a while and that is presumably still the case, with the first footage now having screened at the Las Vegas CinemaCon. And oh yeah, word is that it looks proper filthy.

Following the trailer’s screening, Collider’s Steve Weintraub tweeted that the film “takes place in a world where muppets are real. And have sex. A lot of sex,” further adding that the trailer “…ended with something as filthy as I’ve ever seen in a red band trailer and I loved every second of it.” 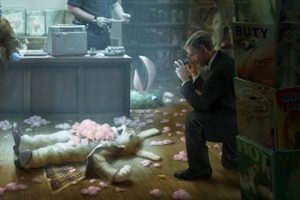 Directed by Brian Henson under the Jim Henson Company’s Henson Alternative banner, the film is set in the seediest streets of Los Angeles, in a world where humans and puppets coexist. As the former cast members of beloved TV show The Happytime Gang begin meeting brutal ends at the hands of a serial killer, two detectives – one human, one puppet – are assigned to the case. But first, they must learn to work together.

The film stars Melissa McCarthy as the human half of the detective duo, with Elizabeth Banks, Joel McHale and Maya Rudolph.