The Hallow Creeping onto Home Video 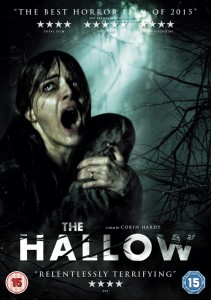 It’s that time of year when the previous year’s festival hits start to appear on disc, the latest being Corin Hardy’s splatterific, cabin-in-the-woods shocker The Hallow. The demonic horror made a huge splash at Sundance 2015, and was one of the most talked-about films at Film 4’s Frightfest in August. The film was so well-received in fact, that it led to first-time feature director Hardy bagging the coveted job of directing the $40,000,000 reboot of The Crow.

The Hallow will be out on UK DVD March 21st, following a VOD release on March 7th. A US release will follow on April 5th. ‘Till then, you can check out these creepy images from the film. 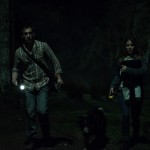 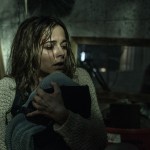 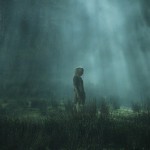 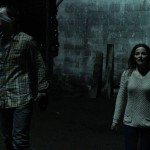 Taking its cues from Lucio Fulci and Sam Raimi (the ‘Fake Shemp’ credit is telling), The Hallow piles on the gore and brutality, along with a real sense of mounting dread. Here is the official synopsis:

Deep within the darkness of secluded forest land in rural Ireland dwells an ancient evil. Feared by the nearby superstitious villagers as cursed creatures who prey upon the lost, their secrets have been kept from civilization and remain on their hallowed ground. But when a conservationist from London moves in with his wife and infant child in order to survey the land for future construction, his actions unwittingly disturb the horde of demonic forces. Alone in a remote wilderness, he must now ensure his family’s survival from their relentless attacks.