The Greasy Strangler Creeps Up on Sundance 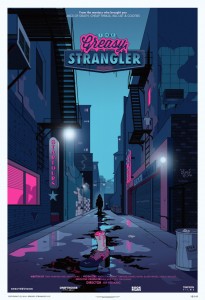 The first stills are in from yet another exciting horror film premiering at this year’s Sundance Film Festival, courtesy of Entertainment Weekly. Elijah Wood’s SpectreVision production company (Cooties, Open Windows, A Girl Walks Home Alone At Night) and Drafthouse Films have teamed up with Rook Films (Sightseers) and Timpson Films (The ABCs of Death) to produce Jim Hosking’s The Greasy Strangler, which screens there this week as a Midnight Film. It is the debut feature from Brit director Hosking, who wrote and directed the G is for Grandad segment of The ABCs of Death 2. The Greasy Strangler is written by Hosking and Toby Harvard, his co-writer on both this and the ABCs segment.

“The Los Angeles-set tale follows Ronnie, a man who runs a Disco Walking tour along with his browbeaten son, Brayden. When a sexy, alluring woman comes to take the tour, it begins a competition between father and son for her attentions. It also signals the appearance of an oily, slimy inhuman maniac who stalks the streets at night and strangles the innocent, soon dubbed ‘The Greasy Strangler.’“

Sounds ace. And kinda gross. Here are the stills. 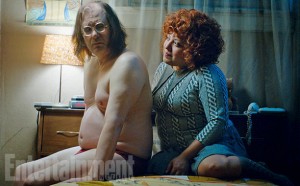 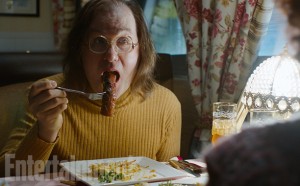 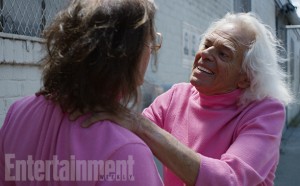