The ghost with the most will be back soon, with Beetlejuice 2 ready to go 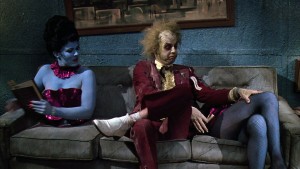 Following a few years of whispers and rumours, Tim Burton declared last year that he was moving ahead with Beetlejuice II, a sequel to his celebrated 1988 cult favourite. Cinephiles of all persuasions greeted the news with delirious excitement, and the internet came close to being broken.

It now seems that the film may arrive even sooner than expected, with Burton confirming that shooting is all but ready to commence. In a recent interview with Showbiz Spy, the director gave the following update:
“The film is a go and has been approved by the Warner Bros. team, we have talked with the cast members we wanted for the film and they are all on board, this includes both Winona and Michael,” Burton revealed. “We have the script in hand – everything is in place all we need to do now is get ready to start filming.” 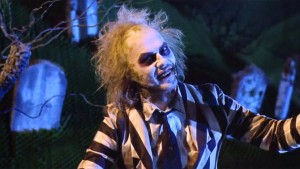 The script is written by Seth Grahame-Smith, author of the novels Abraham Lincoln: Vampire Hunter and Pride and Prejudice and Zombies.

Beetlejuice is such a well-loved film, and the reaction to the upcoming sequel news has been overwhelmingly positive, with very few cynics in sight. It seems like a long time since Burton has conjured up the magic of his ‘80s/’90s period, but if anything can get the director back to his best it’s this.