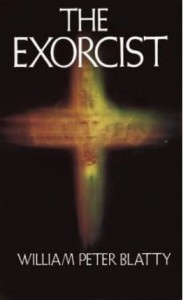 The Exorcist by William Peter Blatty was released in 1971, we’ve all seen the subsequent film released in 1973, you might have read the book but an altogether different experience is guaranteed to scare the pants off you with the audiobook. Narrated by the author who won an Oscar for best writing/screenplay based on material from another medium for the Exorcist and I have to say this is easily the best production and performance from any audiobook that I’ve listened to.

Powerfully gripping, a story that is truly frightening with characters that are riveting and completely absorbing. Every character was perfectly fleshed out, I both liked and likened the detective William Kinderman to Peter Falks Colombo always that one more question or insight. Forever bordering on annoying and continually grasping at straws but really enjoyable, the film doesn’t show any of that as well as the book.

Damien Karras was superb, a compelling character that the film could never quite portray adequately enough and then the impact of Father Lankester Merrin and the attempted exorcism. One word fanfuckingtastic. Merrin has short page time but he is a significant presence all the same. Regan, lovely and sweet, for a short time anyway, until she starts to manifest different personalities and becomes quite the opposite of lovely and sweet. Vomiting, cursing and using a religious cross for a purpose altogether different to what it was intended for.

This is demon possession horror and its done both horrifically well and with immense impact. From the different impersonations by the demon to the relationships of the characters entwined in the story, everything is perfect. Obviously this has been reviewed to death so this is more a profession of adoration for a masterpiece than a review and I really need to watch the film again it feels way to long since I last watched one of the best horror films of all time but the book, well the book is even better, simple as that.

Absolutely nothing compares to this and it’s without doubt the best and easily my favourite horror story, in fact any bloody story. I rate it that highly and the audio narration by the author adds a level that’s nigh on impossible to surpass in the realms of horror and audiobooks. Intense just doesn’t seem to cover it. If it’s been a good while since you last delved into The Exorcist then it might be time for a revisit.