The End of the F***ing World Renewed for Season 2

The darkly comic The End of the F***ing World has been renewed for Season 2. Without spoiling the events of the first season, I find this rather surprising. I thought the end was a bit final, but I’m still excited to see how it’s continued.

There is no word on who will direct or star in the series – will Jessica Barden and Alex Lawther reprise their roles as the feisty Alyssa and wannabe-murderous James? 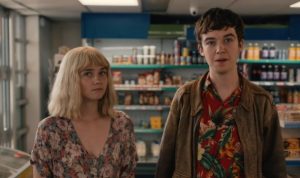 Based on the comic by Charles Forsman, the first series followed the drama that unfollowed after Alyssa and James decide to run away from home. It was a dark and hilarious journey, so hopefully the second season will feature more of the same.

The End of the F***ing World season 2 will premiere on Netflix globally and Channel 4 in the UK.