THE DARK FEST, FILM AND SCRIPT FESTIVAL IS NOW OPEN FOR SUBMISSIONS

In 2017 Resurrection Films created The Dark Fest film festival to showcase films of any budget and award their creators based on their merits.

“We saw a need to fill a gap, one that was already filled with shady festivals forcing so-called award winners to “purchase” their trophies.” Not only did filmmakers have to spend countless dollars making their films, pay high submission rates, but then if they were lucky enough to win an award, they wouldn’t receive anything but a digital laurel. Does this sound all too familiar? 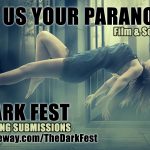 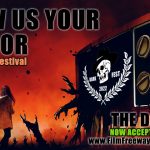 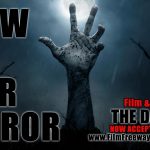 The Dark Fest rectifies these issues by making the following promise to filmmakers: Judges will watch every single submitted film in full, FREE plaques and certificates as well as prizes are provided for winning submissions, you will never have to pay for an award plaque or certificate.

Festival directors will make sure to update the status of your submission in a timely manner so that you are fully aware of your submission process. The Dark Fest will listen to your critical feedback, committed to make The Dark Fest one of the best festivals for filmmakers. “We feel that as a festival celebrating filmmakers these promises are a bare minimum. We owe that to filmmakers.” 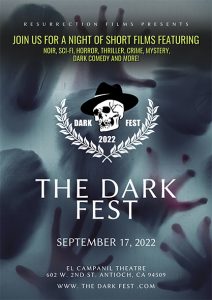 The Dark Fest is looking for feature and short films, scripts and digital media projects in the following genres: Horror, Sci-Fi, Mystery, film noir, dark comedy and Thriller. Including any cross-genre films that strongly incorporate at least one of these genres.

The Dark Fest is a live event that takes place in a classic 1928 theater that has been fully restored and updated with modern technology. Your film will be screened in front of a live audience September 17th, 2022, at the beautiful El Campanil Theatre in Antioch, Ca. Submissions are now open (www.filmfreeway.com/thedarkfest) and you can purchase tickets to the live screening event on September 17th here.

Keep up to date with The Dark Fest by visiting www.thedarkfest.com and follow them at www.facebook.com/thedarkfilmfest