DC Universe’s Swamp Thing may have been canceled before its one and only season had even aired, but the series is finding a new life on The CW—and the network has released a striking new poster to celebrate. 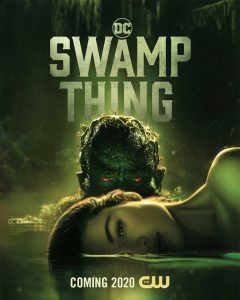 Swamp Thing follows CDC researcher Abby Arcane as she returns to her childhood home of Houma, Louisiana to investigate a deadly swamp-borne virus. There, she forms a strong bond with scientist Alec Holland, who is tragically taken from her. But the swamp holds horrifying and wondrous secrets… And Arcane’s lover may not be dead after all.

Swamp Thing will air on The CW this autumn.