The Curse of Downer’s Grove gets an August release date 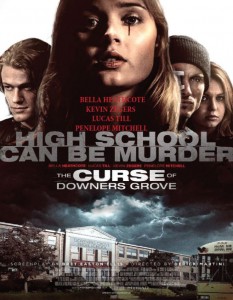 The teen angst The Curse of Downer’s Grove is set for a 21st August theatrical run and  a DVD release date on 1st September. The film comes from director Derick Martini who has experience in teen-led drama with the film Hick, but he is yet to try his hand at horror. Along with Brett Easton Ellis – the author of American Psycho, he is also the writer of the story which is inspired by true events and adapted from the novel by Michael Hornburg.

Synopsis:
Downers Grove, IL, high school senior Chrissie Swanson is trying to evade an apparent curse that causes one teen to die a gruesome death at the end of every school year.