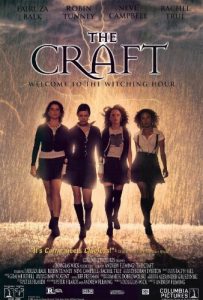 Light as a feather, Michaelle Monaghan (True Detective, The Path) has joined the cast of The Craft remake, which is being written and directed by Zoe Lister-Jones. Her role is currently under wraps.

David Duchovny (The X-Files) will also star in the film, alongside Cailee Spaeny (Pacifc Rim: Uprising), Gideon Adlon (The Society), Zoey Luna, and Lovie Simone. Andrew Fleming, who directed and co-wrote the 1996 original, will serve as an executive producer.

In the original film, four high school students form a coven of witches. But what starts out harmless takes a dark turn as the girls’ power starts to corrupt them.