THE BOY II RELEASE DATE PUSHED BACK TO DECEMBER

With a summer schedule chock-full of creepy doll movies, Brahms: The Boy II has wisely abandoned its July 26th release date and is now slated to hit theatres on December 6th. Considering that neither a trailer nor a poster had been released yet, this change comes as no real surprise. 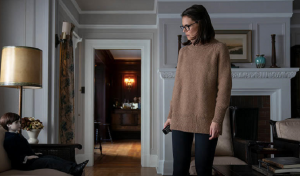 The sequel to 2016’s The Boy, the film follows a young family moving into the Heelshire Mansion, where their son befriends an unsettlingly lifelike doll named Brahms. Katie Holmes (Batman Begins) stars alongside Ralph Ineson (The Witch), Owain Yeoman (The Belko Experiment), and Christopher Convery (Gotham).