THE BOY BEHIND THE DOOR UNLOCKS POSTERS

The Boy Behind the Door has dropped a pair of unsettling posters that reveal the only way out is together. 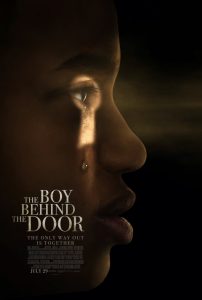 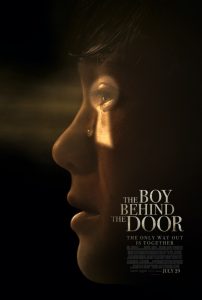 The film comes to us from Justin Powell and David Charbonier, who also co-wrote and directed this year’s contained supernatural horror film The Djinn. The plot centres around 12-year-old Bobby and his best friend, Kevin, who experience a night of unimaginable terror when they are kidnapped on their way home from school. After being taken to a strange house in the middle of nowhere, Bobby manages to escape his confines and begins to make a break for it. But the arrival of another deranged stranger may spell doom for Kevin—and when Bobby hears his screams, he realises he can’t leave his friend behind.

With miles of dark country in every direction and no way to call for help, Bobby embarks on a rescue mission, determined to get himself and Kevin out alive… or die trying.

Lonnie Chavis (This Is Us) and Ezra Dewey (The Djinn) star in the film as Bobby and Kevin. Shudder will release The Boy Behind the Door on July 29th.