THE ANTENNA BROADCASTS SOMETHING SINISTER 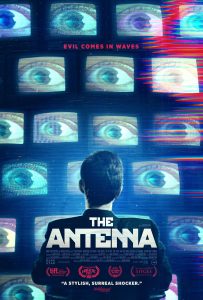 Dark Star Pictures has debuted a striking trailer for The Antenna—and it’s oozing with sinister intent.

Written and directed by Orçun Behram, making his feature debut, the film is set in a dystopian version of Turkey, where the government installs new networks throughout the country to monitor information. But when the installation goes wrong in a crumbling apartment complex, the building intendant, Mehmet, has to confront the evil entity behind the inexplicable transmissions that threaten the residents.

The Antenna opens in virtual cinemas in major U.S. cities on October 2nd ahead of a VOD release in the U.S. and Canada on October 20th. Give in to the broadcast and watch the official trailer below.