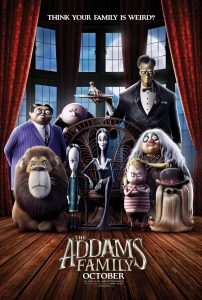 MGM’s new animated movie The Addams Family raked in an impressive $35 million over its opening holiday weekend in the U.S., so it’s no surprise that a sequel is already in the works at the studio.