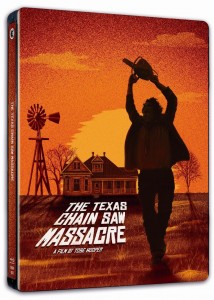 Synopsis:
Texas Chainsaw Massacre follows a group of teenagers who pick up a hitchhiker and wind up in a backwoods horror chamber where they’re held captive, tortured, chopped up, and impaled on meat hooks by a demented cannibalistic family, including a character known as Leatherface who maniacally wields one helluva chainsaw.

I make no apologies for starting off this review with a completely clichéd statement, but it’s hard to believe forty years have passed by since Tobe Hooper’s seminal classic The Texas Chainsaw Massacre helped change the face of horror. This becomes even harder to believe when you see how beautifully rendered the 4k high definition print is for the 40th Anniversary Edition on Blu-ray by Second Sight Films. This disc provides the perfect example of a restoration that has been handled with both care and quality. Factor in the delicious set of extras, and you have a fantastic edition for existing fans, collectors and newcomers alike.
The Texas Chainsaw Massacre (TCM) is one of those films that seems almost pointless trying to write about because it’s one that everyone has either seen or already heard about. The film has remained a hot topic for discussion since its release; with commentators, critics, and the academic community providing what appears to be a never ending stream of commentary on the piece- and writers continue to dissect the central facets over and over hoping to gain a new understanding into the piece. This demonstrates just how important the film is to the genre as a whole. The fact that, what was to become a franchise is still alive and kicking today- without diverting too far away from the original formula- stands as testament to just how enduring the original concept is. Even now the central theme of crazed hillbillies is still providing mileage that appears to be striking a chord with modern audiences and Leatherface has continued to reign supreme (quite rightly) as an enduring icon for the genre.

All it took was a young filmmaker, Tobe Hooper- sporting a massive pair of balls- to arrive in the back roads of Texas, with a meagre 140,000 dollar budget, a small inexperienced cast, and some power tools and one hell of a vision, to turn the genre on its head with this post-Manson family vicious slice of realistic horror that packed such a punch the impact can still be felt forty years away. Perhaps the biggest part of the magic contained in TCM, for me anyway, is the film’s brutal honesty, it’s intimacy with the viewer, and its ability to shock- even today, after many, many viewings. Hooper skilfully put what he had to magnificent use, drawing horror from the dusty isolated locations of rural Texas, the vulnerability of his young actors, and the barbarity of lunacy demonstrated in some simple scenes that left little to the imagination and were cleverly placed to elicit just the right amount of shock value.

To put things into context, during the early 70’s the genre was in a state of turmoil. Period horror- the likes of Hammer, and Corman’s Poe films- were starting to roll out of favour with young audiences. The kids wanted something juicier; they wanted blood, gore, and excitement and boobs, plenty of boobs. Because of a lowering of censorship filmmakers were now able to deliver this and so the face of the genre started to change to meet demand. The other thing that filmmakers were starting to realise was in order to scare a modern day audience, you needed to reach out and make them believe that what was happening on the screen could happen to them. By this point creepy old castles and dusty vamps weren’t cutting it anymore, and so there was a shift toward contemporary settings as the basis for the plot to develop- take for example George Romero’s Night of the Living Dead, Wes Craven’s Last House on the Left, Roman Polanski’s Rosemary’s Baby, and William Friedkin’s The Exorcist. What this did was essentially open up the playing field for young filmmakers to get on board, without the need for elaborate or theatrical looking sets any location could now be exploited for the purposes of making horror, and free-spirted indie director’s like Hooper were there to grab this opportunity with both hands.
The simple story of a murderous cannibal family, stuck out in the middle of nowhere, feral in their isolation from others owes a great debt to Jack Hill’s Spider Baby. The two stories do bear some similarities, however Hill’s rendition plays out more along the lines of a black comedy horror than anything else, Hooper delivered his message with vicious and bloody chainsaw to the jugular. Just as Hooper was inspired, so too he went on to inspire many other filmmakers to come; most notably when looking to those working in a modern day setting Rob Zombie seems to enjoy tapping into the  TCM universe for inspiration in his work. While on a wider scale TCM can be credited as one of the first ever real slasher movies ever made, and Marilyn Burns’s Sally Hardesty became one of the most iconic final girls in the history of the genre.

This collector’s set is a pure delight, especially the 4K restoration which demonstrates a beautiful clarity as never before. Yet the print has not been overdone, grain- which is heavy, in line with the production- is still intact, leaving the gloriously grimy, exploitative feel of TCM with its original cinematic look and feel.  Yet the details are now nicely defined, colour levels are well saturated- especially skin tones, there is no loss or damage from DNR processes evident either. Age related flaws and damage to the original print source has been cleared respectfully and there are no issues to report. This edition also carries restored audio in DTS-HD MA 5.1, PCM Stereo 2.0 and PCM original mono 1.0, which presents as clear, well mixed and free from damage or distortion.  As with the recent Re-Animator set from Second Sight all in all this is another impressive upgrade to Blu-ray.

As far as the extras go, director Hooper has been closely involved with the release providing new commentary for the main feature (as well as supervising the 4K restoration and 7.1 DTS-HD MA audio mix). There is also new commentary from Cinematographer Daniel Pearl, Sound Recordist Ted Nicolaou and Editor J. Larry Carroll. There are a number of featurettes and other exclusive additional materials to be found here- Cutting Chain Saw with Editor J. Larry Carroll, Grandpa s Tales with actor John Dugan, Horror’s Hallowed Grounds, New deleted scenes / outtakes. Adding into this are a stack of imported features with other commentaries ( including actors Gunnar Hansen and Marilyn Burns), interviews, behind the scenes, and outtakes- it is safe to say you could literally get immersed in this set for hours.

A worthy upgrade for one of the most seminal horror films in history, Second Sight do not disappoint on this beautiful 40th anniversary release. 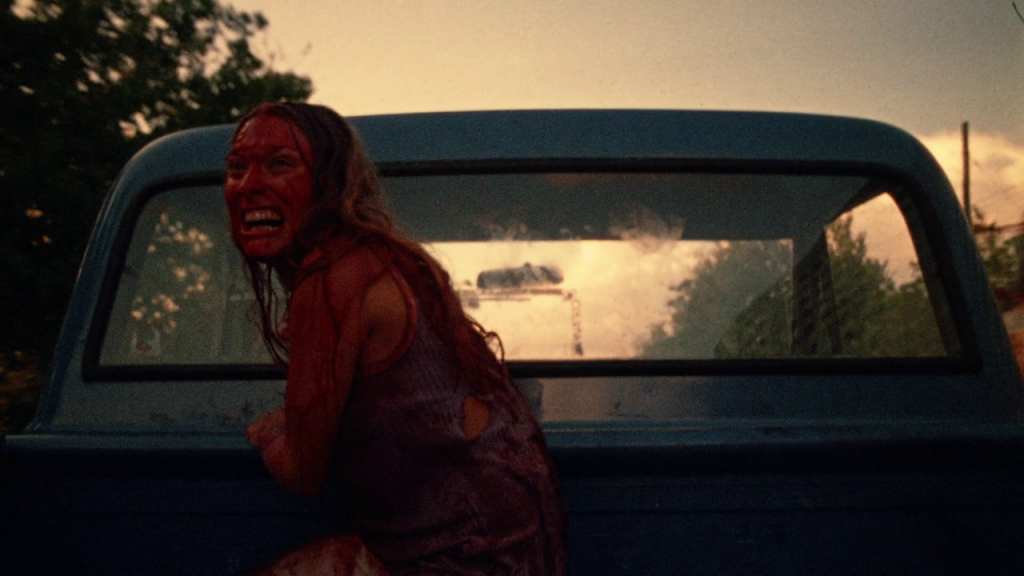 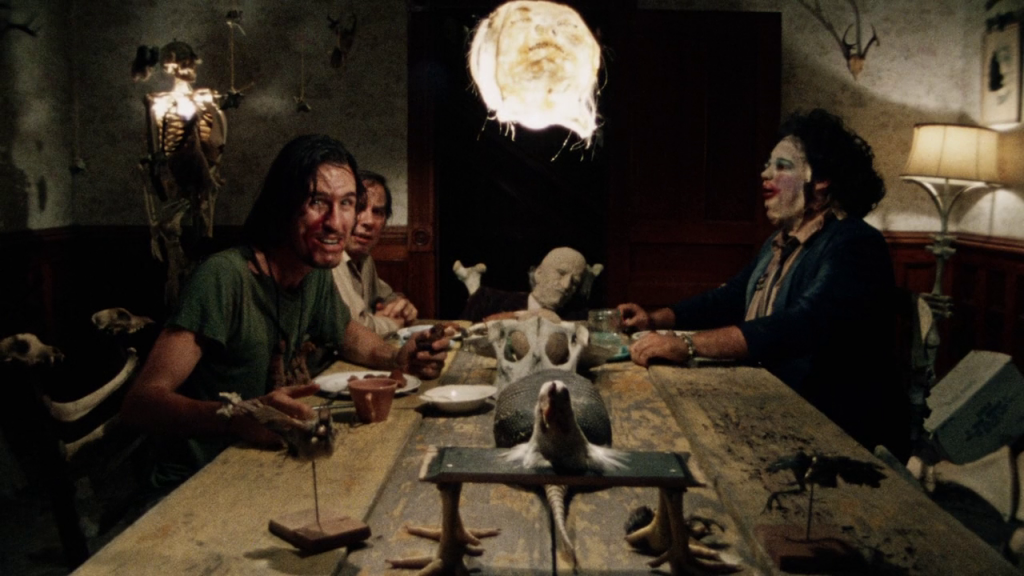