Terrortory Gets New Poster, will Stream for Free 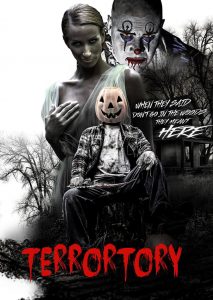 Low-budget horror anthology Terrortory is set to debut on US Amazon in October, where it will be available to stream for free throughout the entire month. It will also be stream-able in the UK and Germany. Before then, you can check out this brand new poster, which was released over the weekend.

The film comes from Kangas Kahn Films, and is made up of six tales of terror. The cast includes Johnny Alonso (Coffin, Gotham), Melissa LaMartina (Call Girl of Cthulhu), Bianca Allaine (Albino Farm), Maddie Howard (Ping Pong Summer) and Nadia White (Milfs vs. Zombies). “We’ve been amazed at the response we’ve gotten so far from putting some of our movies on Prime,” says Director Kevin Kangas (Fear of Clowns) in the Amazon Prime promotional materials. “We had more than a million minutes streamed in the first nineteen days and passed two million minutes in just over a month.” 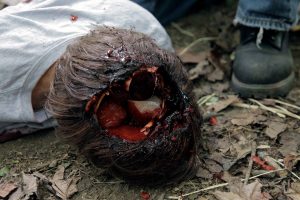 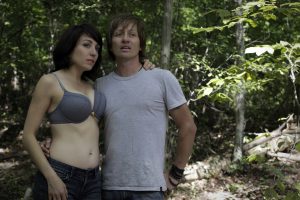 The method of distribution means that the film will likely reach a larger audience, and far quicker than with a more traditional approach. “We can let a ton of people see the flick without signing any lengthy contracts that tie up our rights for years,” says Kangas, who added that the film will still be available for streaming after October 31st, but is unlikely to remain free.