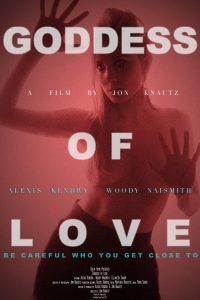 Take a look at the trailer below; it’s seductive and sexy, but equally as sinister and is rich with a foreboding atmosphere. Beautifully shot, but terrifying, it’s a supremely enthralling blend of killer romance and pure horror.

Terror Films plans a major digital and VOD release for Goddess of Love this autumn, so keep an eye out for a release date.