A trailer has landed for alien conspiracy chiller The KAOS Brief, and it hints at a pretty intense experience. Due for an imminent release from Flying Monkey Media, the found footage frightener is the work of first-timer JP Mandarino, who wrote, produced and directed. 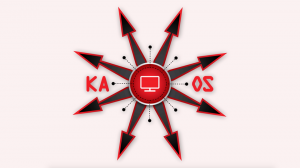 Drew Lipson (Murder Among Friends) stars as vlogger Skylar who, along with his sister (Charlie Morgan Patton) and their respective boyfriends – played by Marco DelVecchio (Crazy Lake) and Akanimo Eyo (Isle of the Dead) – witnesses strange lights in the sky while on a camping trip. After Skylar uploads footage of the incident to his video channel, the group become plagued by unnerving and unexplainable events. As they struggle to figure out what is happening, they must also evade their shady, all-knowing pursuers, who seem keen to keep a secret under wraps.

“As a kid my favourite movies were E.T., Close Encounters of the Third Kind, The Last Starfighter, and of course, Aliens,” says Mandarino in the film’s press release, which claims the director “…has always been obsessed with UFOs and the notion of being visited by aliens.” 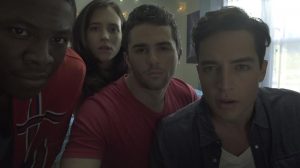 “I love a good conspiracy theory of course,” Mandarino says. “The KAOS Brief is my first foray into the debate.”

Incidentally, unless distressing pictures of snug undergarments are your bag, I’d advise against a Google image search for ‘KAOS Brief’.