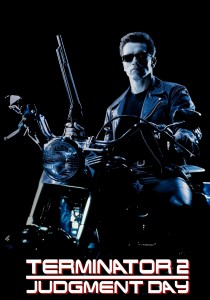 To celebrate Terminator 2: Judgment Day’s massive 25th anniversary, the film will be getting an equally massive 3D re-release in 2016. This isn’t much of a surprise, because Cameron’s 3D re-release of Titanic made an astounding $343 back in 2012, showing that audiences love a bit of Cameron 3D goodness.

Additionally, T2 is, arguably, the best in the franchise (we challenge you to argue against this) with the rest of the films never living up to T2’s wonder. With the disappointing – at the box office and for audiences – Terminator: Genisys failing to revive the franchise, perhaps a T2 re-release is what is needed to put the spark back in the series and remind us all how great it once was. If you’ve not seen Terminator 2, what better way is there than in glorious 3D?

There is no word on the dates or locations of this 3D re-release, but it will definitely be at some point in 2016.