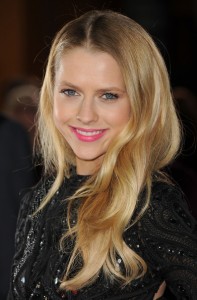 Teresa Palmer (The Grudge 2, Warm Bodies) has joined the cast of The Twisted from director Olatunde Osunsanmi (The Fourth Kind). Osunsanmi has also directed episodes of Sleepy Hollow and Bates Motel, so he has his feet firmly in the horror genre. The Twisted is described as a psychological sci-fi thriller and will be the first film to be released on the “Ridley Scott Presents” label.

Synopsis:
Based on true events, the story centres on a child psychologist with a haunted past (Palmer) who is dispatched to an isolated orphanage to investigate a group of children who start exhibiting peculiar symptoms following an extra-terrestrial encounter.

From the synopsis it sounds like it could be a blend of Osunsanmi’s The Fourth Kind and Village of the Damned, but this is assuming that the children turn out to be evil. With the concept involving alien activity, we can imagine that they don’t start exhibiting the urge to be extra loving and kind, but who knows?

The production on The Twisted is set to begin next month, so keep your eyes peeled for more soon!