Tense Trailer Released for The Quake 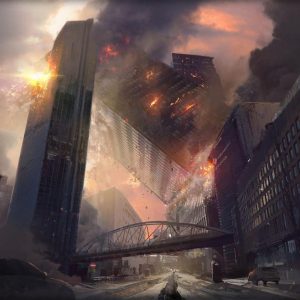 I love a good disaster film and this teaser trailer for The Quake has got me super excited. It barely gives you any clue as to what to expect; except for one humongous earthquake of course.

It’s a tense and perfectly teasing trailer which shows a Richter scale reacting to previous earthquakes in Norway. However, when it gets to 2018, it goes off the rails, promising one epic quake at the centre of the film.

Synopsis:
In 1904 an earthquake of magnitude 5.4 on the Richter scale shook Oslo, with an epicenter in the “Oslo Graben” which runs under the Norwegian capital. There are now signs that indicate that we can expect a major future earthquake in Oslo.

You may remember that The Wave was released back in 2015 and it was a brilliant, intense and emotional depiction of a wave devastating a town in Norway. In a “sort-of” sequel, The Quake will show an earthquake shocking a Norwegian town to its core. Check out the teaser below.