A Tense Teaser Trailer is Released for Dutch Thriller ‘Prooi’

A tense and visually impressive trailer has been released for Prooi AKA Prey, a Dutch thriller that sees a lion terrorise a town in Amsterdam. As the bodies pile up it is up to a vet called Lizzy to persuade the authorities that a lion is the perpetrator. 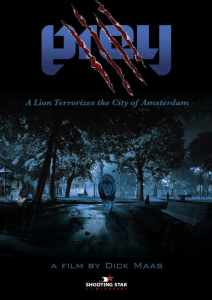 Even if you can’t understand Dutch, you can easily appreciate the trailer’s build-up of suspense and the beautiful visuals that look as though they have been ripped straight out of Pan’s Labyrinth. There is an unmissable fantastical edge to Prey, despite the story’s grounding in reality and it’s beautiful. We can’t wait to see a full-length trailer, so we can have a greater insight into the story and a longer look at the gorgeous cinematography.

Prey comes from writer-director Dick Mass and stars Sophie van Winden, Julian Looman, Mark Frost and Rienus Krul. The film will be released on 13th October 2016 in the Netherlands.