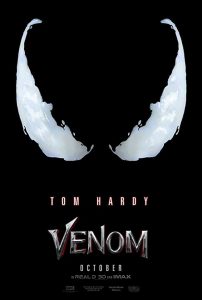 The first teaser trailer has finally arrived for Venom and it lacks the bite that should come with a film focusing on an iconic super villain. Or a “lethal protector” as Sony have described him as. The teaser is fine; it’s just not particularly exciting. The lack of Venom is disappointing and the footage we’ve been shown could have been taken from any action film. We’re yet to see any of that Marvel pizazz.

The film’s plot is said to be inspired by the story of 1993’s Lethal Protector six-issue miniseries, which begins with Spider-Man and Venom coming to a truce, agreeing that Venom will move to San Francisco.

Hopefully the next trailer we see will show us how Tom Hardy’s Venom looks and shows less of his character in an MRI machine. Here’s to hoping!

Venom will be unleashed on 5th October 2018.