Horror TV series’ really are all the rage at the moment, aren’t they? With the huge popularity of shows like American Horror Story, Bates Motel and The Walking Dead, as well as Netflix originals like the recent season 3 of Black Mirror – which is EXCELLENT, may I add – the darker, the definitely better. 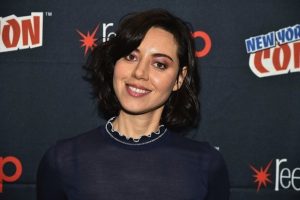 TBS has acquired the rights to the half-hour pilot of Nightmare Time, which has been written and executively produced by the actress Aubrey Plaza, who also stars in the show. The series will follow celebrity guests in a Nightmare Clinic as they discuss recurring nightmares. Thanks to the advanced technology, we are able to see what they see. We imagine that the bulk of the episode will be following these nightmares, so it will almost be a horror anthology with different nightmares each episode. This is all speculation, of course.

Keep your eyes peeled for more on Nightmare Time.