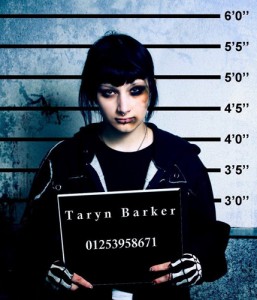 This stylish trailer has just landed for goth revenge fantasy Taryn Barker: Demon Hunter, which is set to do the festival rounds this summer.

A young girl tormented by the tragedies of her past is brought in for questioning by the police over the death of a man, who she claims to be a demon. Detective Beckett realizes this is the same girl he made a broken promise to six years ago that he’d find the monster that raped and murdered her 12 year old sister. The girl warns of a powerful man named Falstaff who will stop at nothing to claim her soul. Falstaff abducts Detective Beckett’s daughter and now this young girl is his only hope and ally in rescuing his daughter from this demonic cult and proving to him that Taryn Barker is the Demon Hunter. 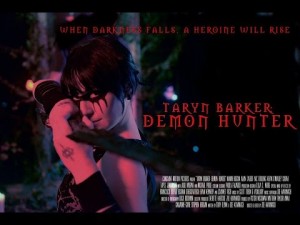 Taryn Barker almost looks like it could act as a belated companion piece to The Crow. At least it could fill the goth-revenger-shaped hole left open by the apparent abandoning of that film’s proposed reboot.