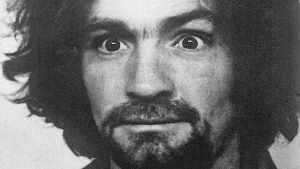 A few months back, Quentin Tarantino revealed that he was writing a script based on the murders committed by Charles Manson and his ‘family’ in the summer of 1969. For reasons I shouldn’t need to explain, Tarantino’s longtime producers Bob and Harvey Weinstein are no longer attached to the project, which is set to be the iconic director’s next film. It will be his first not made for Miramax and The Weinstein Company.

Tarantino is currently seeking a new home for his script, which he completed over the summer, according to Deadline. The site reports that it is currently being read by all of the major studios except, perhaps unsurprisingly, Disney. His script – currently titled simply, #9, in reference to it being his ninth film – is being described as a drama set in late ’60s-early ’70s Los Angeles, and has already invited comparison to Pulp Fiction.

While the Manson murders will provide the film’s backdrop, word is that Manson as a character may barely feature, with the film focusing more on Sharon Tate, the actress and late wife of Roman Polanski who was murdered by Manson’s followers. Margot Robbie has been contacted about potentially portraying Tate, while Tarantino has reportedly also approached Brad Pitt, Leonardo DiCaprio and Samuel L. Jackson to co-star.

A deal is expected to be struck within the next two weeks, with a view to beginning production in mid-2018 for a 2019 release.