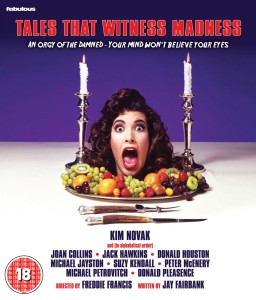 Synopsis:
An anthology horror that follows a psychiatrist telling his colleague about some of his patients. The four tales that follow delve in to a world filled with ghastly goings-on and unexplained events.

In a world where madness equals fighting superheroes and the interest is in what’s dominating the IMAX screens, sometimes it’s necessary to take a step back and watch something that explores a whole different kind of madness. Madness that doesn’t mean one hero taking on another or film studios battling to reach the top of the box office, but madness that surrounds sexy trees and tigers for best friends. Tales That Witness Madness is a barmy and utterly charming anthology horror filled with stories that are difficult to put into words. The first word that springs to mind is, well, mad. But you probably know that already.

Admittedly, I’m a sucker for films that are truly mental and have strange concepts that would give Society a run for its money. Tales That Witness Madness has four stories, each stranger than the last, and almost equally as entertaining. It’s extremely rare for an anthology film to score a 100% rating where every segment is damn great, but this is an example where every section is fun, frightening and fiercely funny. They are all wonderfully weird ventures in to the world of the macabre that will leave you bewildered, if not quite disturbed. Some are, obviously, stronger than the others, and the fourth segment is arguably the weakest. Titled ‘Luau’,  this one is a little underwhelming, but this is due to a personal opinion and not fully due to the quality. Undeniably, the idea of a possessed penny farthing is going to score higher than a tale centred on the occult, where a man, Kimo (Michael Petrovich), must sacrifice a virgin woman – Ginny – to secure his mother’s entrance into heaven. But, that’s just me. That isn’t to say this segment doesn’t have any problems, because it does suffer from its short run-time. This is the only story that would have benefited from more time devoted to it, because it doesn’t fully work as a short. A couple of the key moments are rushed and the decisions that Ginny makes are just too unbelievable, because her relationship with Kimu hasn’t had time to develop. These are only minor offences and it’s easy to let Tales That Witness Madness off the hook, because it’s so beautifully committed to its love of the bizarre. 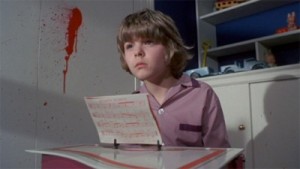 The first segment sets the tone for what’s to come and begins with a bang. A little boy’s imaginary tiger friend poses trouble for the parents when the house starts smelling of bones and the walls are being torn apart. This segment explores the family space and paints a pretty rough portrait of the life of an only child. Forced in to his imagination, the little boy escapes his fighting parents by playing music and talking to Mr. Tiger. As with all the segments that are to come, the deeper themes are worn on its sleeve; there’s no hiding that this short is a warning for parents abandoning their children and it is in its fearless approach that ‘Mr Tiger’ succeeds at showing the deadly consequences of raising a child poorly. It is overall sinister in its depiction – despite some questionable music choices – but there is something quietly humorous about the little boy who is very blasé about his tiger friend. This section’s end is rather predictable; we know the parents are awful and Mr Tiger’s hatred of them is as clear as the stripes on his back. Nonetheless, thanks to the eccentric performance by Russell Lewis as the young boy, you’ll be hooked from moment he says, “bones!” and even though the path the story treads is unsurprising, it’s shamelessly entertaining.

The second segment is a personal favourite and reminds me a lot of Freddie Francis’ supernatural flick The Skull in terms of tone and execution. Possibly the scariest of the sections, ‘Penny Farthing’ follows a man who comes in to possession of a penny farthing that transports him to the past. Placed in from of an eerie portrait of his Uncle Albert, there’s a heap of ghostly events in this one. As with The Skull, tension and dread seeps at this segment’s seams and the ominous image of Uncle Albert looms in the background as a reminder that there is a permanent amount of terror present. Charming, but hilariously outdated, effects show the painting’s eyes move in a way that is funnier more than it is frightening. As with the first segment, certain parts of this one are ruined by the music choices and where it should have opted for a more absolutely terrifying tune, it chose a shrill trumpet that will prevent you from feeling genuinely afraid. However, the climactic and fiery finish to this story is enough to cement it as a subtly spooky and twisted tale, even though it never manages to be as nightmare-inducing as it could have.

The third segment ‘Mel’ is delightfully freaky and definitely something that is worthy of applauding purely for its very existence.. This one follows a man called Brian (Michael Jayston) who brings an ominous woman-shaped tree back to his home and forces his wife Bella (Joan Collins) to let it ‘live’ in their living room. It’s crazy. The tree swivels around when the couple aren’t looking and stumbles forward on its heeled trunk. It even mocks the wife by shaking its leaves on the carpet, so the poor woman can’t clean! As an exploration of the difficulties of married life, it works wonderfully. The tree is a manifestation of their problems and shines a light on their differences, drawing out the pair’s dislikes of one another, forcing them to confront their lack of happiness. It roots itself to their marriage and, quite literally, entices Brian with its curved body. What becomes clear is that Bella is far too outspoken for Brian; he needs a woman who knows when to be quiet and what’s more silent than a tree? It’s an odd and darkly comic poke at patriarchal society, suggesting that husbands would probably fare better if their wives were wooden. However, it obviously doesn’t paint a happy picture of this because Brian ends up in the psychiatric unit. Alas, men must need their women to be opinionated, unafraid and honest after all.

The story that ties the tales all together is, too, not without its surprises. The ending is correctly dark as the psychiatrist tries to prove that the stories he has told are the truth. The film’s almost meta reference to itself as a set of stories makes it more weirder; the question of truth and whether it’s ever possible to prove whether someone is mad or not allows us to conclude whether these fictional tales could ever be believed. Of course not, but it’s a ridiculously fun ride. The final sequences draw a neat little bow across the wild tales, bringing them all together in a tidy little package, but that’s definitely not all. The frame story comes to its own shocking finish that ensures you’ll leave the film surprised and satisfied. 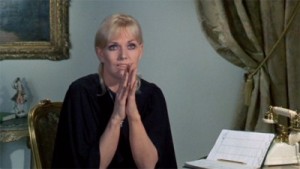 Sure, it’s not without it’s faults and it’s not going to keep you lying awake in fear, but Tales That Witness Madness is a ferociously entertaining and unforgettable anthology horror about that has had far less recognition than it deserves. The 1970s was ripe with films like Tales From The Crypt and Asylum, then we had Creepshow in the early ’80s, so it’s no wonder that a few gems have been forgotten. If you’re keen to sink to the depths of death, destruction and insanity then do yourself a favour and give Tales That Witness Madness a watch, because it’s a hell of a lot better than some of the more recent portmanteau flicks.