Tales From The Crypt Re-Animated with Complete Boxset 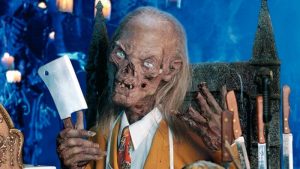 While all kinds of troubles seem to be befalling M. Night Shyamalan’s struggling revival of the classic series, there’s never a bad time to revisit the original episodes of HBO’s Tales From The Crypt. And it’ll soon be easier than ever, with all seven seasons being collected together for a DVD boxset, for the very first time.

The set looks to have collected together the previously-released individual season sets, with no hint of new extras etc, so may not be worth picking up if you’ve already got most of those. It does come with some sweet new packaging however, which you can see below. 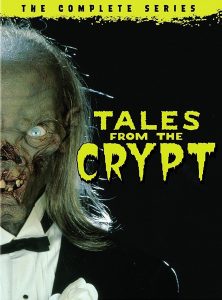 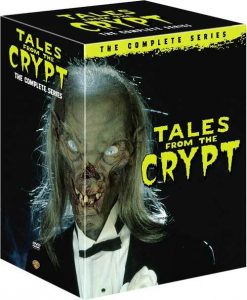 Here’s the write-up taken from the boxset itself:
“Your favourite deadtime stories return from the grave in the spook-tacular Tales from the Crypt: The Complete Series. Cadaverous scream legend the Crypt Keeper hosts this groundbreaking anthology of macabre masterpieces featuring vampires, mad doctors, killers, ghosts, and other terrifying makers and corpse creators. Based on the tasteless and terrifying E.C. Comics classics, the show featured top-tier film talent, including Richard Donner, Joel Silver, Robert Zemeckis and Frank Darabont – even Arnold Schwarzenegger helmed an episode!

Add up-and-coming nineties actors Daniel Craig, Whoopi Goldberg, Tom Hanks, Brad Pitt, and others, then edit in resurrected Hollywood greats like Humphrey Bogart and Alfred Hitchcock, and fans of twisted, dead-on humour were glued to their screens. Now, gathered together in one creepy collection for the first time, all the frightful fun of the original uncut episodes deemed too racy for television broadcast, plus loads of eerie extras, is yours until the day you die laughing!”

Tales From The Crypt: The Complete Series boxset will be unleashed on June 6th.