Charles Manson and his ‘family’ committed among the ugliest and most notorious crimes of the 20th century, leaving a legacy of sorts that continues to fascinate and horrify. Committing nine murders over a five-week period in the summer of 1969, Manson and his disciples also inspired any number of horror films, from hippie exploitation flicks taking the idea of the ‘family’ (I Drink Your Blood, The Texas Chain Saw Massacre, The Devil’s Rejects), to films rooted the facts of the case (Helter Skelter, The Manson Family). The latest onscreen venture to delve into the terrible tale is 10-part web-series The Last of the Manson Girls, which sees a journalist taking a drug-addled journey into the world of the cult’s last remaining members. You can watch the surprisingly light-hearted trailer below. 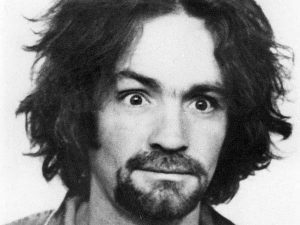 Synopsis:
January, 1972. Convinced there’s more to the Manson murders than meets the public eye, counterculture journalist Paul Krassner embarks on an LSD tinged investigation of the last of Manson’s disciples: Brenda McCann, Sandra Good, and Lynette ‘Squeaky’ Fromme. What he finds could change how the world sees the 60s… if he lives long enough to tell the story.