It is definitely the year of Charles Manson-related movies and this one, titled The Haunting of Sharon Tate, stars Hilary Duff in the title role. Duff plays a pregnant Tate as she is tormented by images of her imminent death. 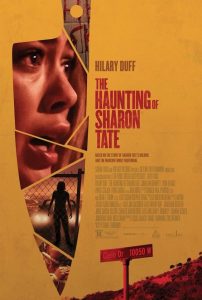 Synopsis:
The film takes a look at the last days leading up to Tate’s murder from her point of view. The plot is inspired by an actual quote from Tate, from an interview published a year before her death, wherein she revealed having dreams about ghosts haunting her house and foreseeing her own death at the hands of a satanic cult.

The Haunting of Sharon Tate will be released in select cinemas and On Demand on 5th April 2019, additionally starring Jonathan Bennet and Lydia Hearst.