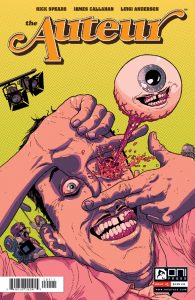 Hot off the heels of his Oscar win, Taika Waititi (Jojo Rabbit, What We Do in the Shadows) has been tapped as the co-writer and director of The Auteur, a new horror-comedy series for Showtime.

An adaptation of the graphic novel of the same name by Rick Spears, James Callahan, and Luigi Anderson, The Auteur follows Rex, a film producer desperate to make a great horror movie after his last film flopped. In his quest, he accidentally traps his production on a backlot with a serial killer.

Peter Warren (Ghost Team) is co-writing the series with Waititi, who will direct the pilot and potentially some other episodes. Jude Law is attached to star and will executive produce alongside Waititi.