As confirmed on the game’s Kickstarter campaign page, the remake of System Shock will be heading to PlayStation 4, as well as PC and Xbox One. The Project Director of System Shock, Jason Fader, said, “After we saw the overwhelming demand for PS4, we reshuffled our priorities and focused on talking to Sony about making that happen. After a few weeks and lotttts of emails, we are officially on track for bringing System Shock to the PS4! No stretch goal for it. We’re adding it in as a thank you to our backers that put their faith in us.” 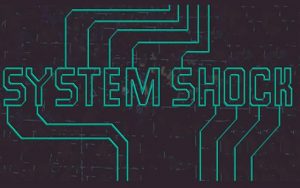 System Shock has already raised over $1 million of a goal that was set at $900,000. Clearly, a lot of people are excited about the prospect of a re-vamped version of the survival horror game that we were first introduced to back in 1994. The campaign ends on 28th July, so there’s still time to donate if you’re feeling generous.

The System Shock remake will be with us at the end of 2017. System Shock 3 is also in development, which means we will finally get a resolution to 1999’s System Shock 2. Better late than never.