The Walking Dead’s Sydney Park has landed a leading role in There’s Someone Inside Your House, the latest horror film from Patrick Brice (Creep, Creep 2, Corporate Animals). 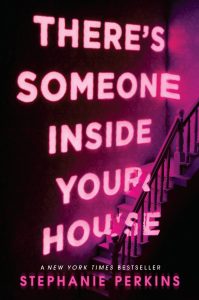 Based on the New York Times bestselling novel by Stephanie Perkins, There’s Someone Inside Your House sees a graduating high school class being targeted on a masked assailant who intends to expose their dark secrets. A group of misfit outsiders try to stop the killings—before their own secrets can be revealed.

Park will play Makani, a transfer student and new girl in town. As she and her group of friends become entangled in the murders, her blossoming romance with a loner causes him to become a suspect.