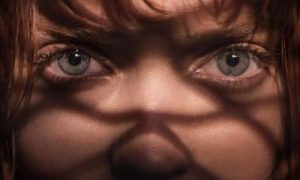 A portion of the films playing at this year’s SXSW Film Festival in Austin, Texas in March has been revealed, and there are three horror films of note. More will of course be announced as the event draws nearer.

First up is Profile, which comes from Nightwatch director Timur Bekmambetov and hinges on a challenging, provocative and timely concept. Here’s the official word: “Looking to investigate recruitment techniques of ISIS to lure women into Syria, Amy Whitaker, a journalist, creates a Facebook profile of a Muslim convert. When an ISIS recruiter contacts her online character, she experiences the process first hand.”

Also screening is British chiller Elizabeth Harvest, “…a science fiction reimagining of the French folktale of Bluebeard, in which a violent nobleman in the habit of murdering his wives is confronted by a new wife trying to avoid the fate of her predecessors.”

The film was written and directed by Sebastian Gutierrez, whose previous directing credits include Rise: Blood Hunter and Girl Walks Into a Bar, and who wrote Gothika and Snakes on a Plane. The impressive cast features Abbey Lee (Mad Max: Fury Road, The Dark Tower), Ciarán Hinds (There Will be Blood, The Woman in Black), Gerald’s Game’s Carla Gugino and Trick ‘r Treat’s Dylan Baker.

Lastly, we have the world premiere of Septian director Michael Tully‘s Don’t Leave Home, which stars Anna Margaret Hollyman (White Reindeer), Lalor Roddy (Grabbers), Helena Bereen (Hunger) and David McSavage (Robot Overlords). In the film, “An American artist’s obsession with a disturbing urban legend leads her to an investigation of the story’s origins at the crumbling estate of a reclusive painter in Ireland.”